Hello everyone – I promise I’m not going to mention the DIRE phenomenon that is the Irish summer of 2015. Nope, not a word about the grey skies, daily torrential outpourings and typhoon-like gales, and virtually complete absence of sun. (Deep sigh.) Instead, I shall direct your attention to a much happier topic – the arrival yesterday of my box of advance copies of the wonderful thing that is the paperback version of Two Fridays in April! And here they are in all their beauteous glory: 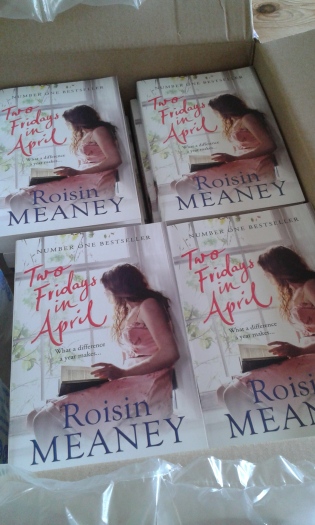 The eagle-eyed readers among you may notice that while the cover hasn’t changed in essence from the trade paperback incarnation which appeared in March, it’s been given a pinkish hue, just to ring the changes a little I suppose. Will be heading into the local bookshops tomorrow to sign whatever copies I might find there…..and in September I shall be taking a trip across the border into Northern Ireland to spread the news about the books in libraries in Belfast and Carrickfergus – more details closer to the time. I was delighted to be invited there, as it’ll be my first time ever in both places, and the fact that I’m going in my capacity as a writer makes it doubly special. Looking forward to meeting a whole new gang of readers! I’ll be coming home via Donegal – specifically Letterkenny – where I’ll do another library visit and I’ll also meet up with a class of Transition Year girls to chat with them about all things bookish – will be a lovely trip all told (although I’ll probably be heartily sick of driving at the end of it………….) 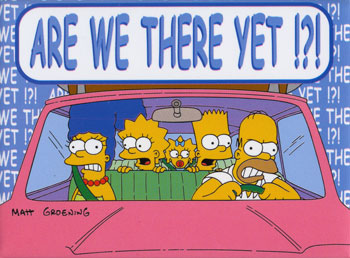 What other news? I’ve handed in my second draft of the upcoming book, the third in the Roone series, whose title I am at last allowed to reveal……drum roll…….I’ll be Home for Christmas. Hope you like it. I do – although every time I opened the manuscript to work on it, and I caught sight of the title, I started to hum the song, and now I’m rather allergic to it. The song, not the book. I’m quietly pleased with the book. Hope you will be too, in the fullness of time. Should be published around mid October, but I’ll give a more definite date as soon as I know. Should be seeing a cover for it soon, dying to see what they come up with – and I will of course flash it here as soon as I get the green light.

Right, I think that’s quite enough news for one blog post. Now to get back to enjoying the Irish summer……. 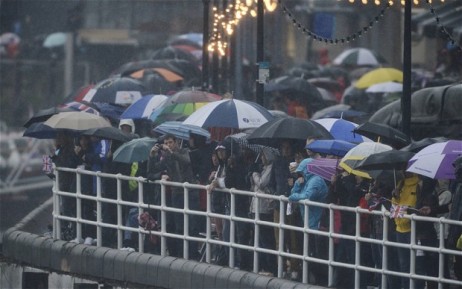 What? I said I wouldn’t TALK about it.